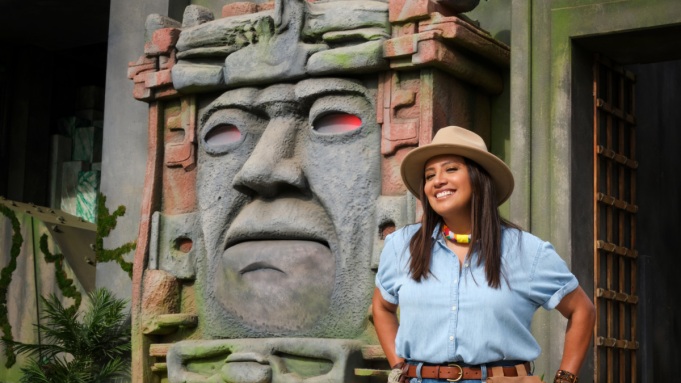 The essential thought of a “Legends of the Hidden Temple” recovery is anything but a hostile one. However long every piece of media is getting rebooted, changed and disgorged, why not a wonderfully messy game show wherein kids mixed up styrofoam shakes and responded to random data inquiries regarding counterfeit Mayan legends as a red eyed stone figure set their next challenge? For a specific subset of recent college grads, “Legends of the Hidden Temple” — which circulated on Nickelodeon from 1993 to 1995 — was one of TV’s additional engaging interruptions. Inquiring as to whether they’d prefer be a “purple parrot” or “silver snake” was, everything considered, groundwork for a large number of web character tests to come. (I’m, obviously, a green monkey.) So when squeezing play on another emphasis of the show, debuting Oct. 10 on the CW, I was available to the possibility that bringing it back could be a pleasant sufficient opportunity — yet it didn’t take long for the main scene to adjust my perspective.

Very nearly 20 years after “Legends of the Hidden Temple” first appeared, The CW has now resuscitated it to speak to my accurate segment and no other person. The competitors are still essential for the conventional creature groups and take on obstruction courses a lot of like the past variant’s, however on a preferably sad set that brings out Party City more over Mayan ruins. And keeping in mind that humorist Cristela Alonzo puts forth a valiant effort to keep the show’s energy up, there’s just such a lot of she can do while describing difficulties that series like “Survivor” and “Crash” have been improving the situation for quite a long time.

The show’s battle to separate itself from so many others on TV probably won’t be as condemning, or if nothing else not as promptly observable, in case it were as yet about kids and for youngsters as the first “Legends” was. In any case, this one, created for an organization pointed more at the individuals who experienced childhood with shows like “Legends of the Hidden Temple” instead of the people who are as yet growing up, commits the deadly error of projecting grown-ups as opposed to youngsters as its hopefuls. Watching individuals in their twenties and thirties battle to recall subtleties of a legend and gather the once notorious silver monkey just features how essential this show truly is. It’s presumably similarly too that the CW seems, by all accounts, to be focusing on a crowd of people that definitely knows and likes what “Legends of the Hidden Temple” is about, since it’s difficult to envision any other individual tuning in for long.