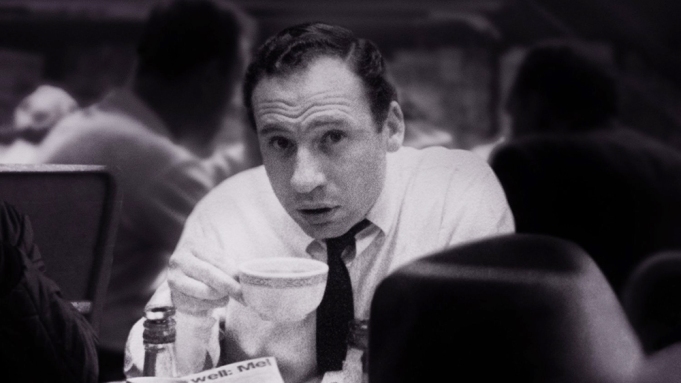 Quite a while in the past, in a far off and distant America (you know, the antiquated long stretches of 2018 and 2019), autonomous movies could leave their imprint at the megaplex, and some of them could be narratives. Recollect the magnificence long periods of “RGB” (all out homegrown gross: $14 million), “Could You Be My Neighbor?” ($22.8 million), “Three Identical Strangers” ($12 million), “They Shall Not Grow Old” ($18 million), and “Apollo 11” ($9 million)?

I’m not saying that Lisa Hurwitz’s “The Automat,” had it been delivered in those currently conceivably vanquished days, might have joined the business organization of those movies (however perhaps it could have). In any case, when I got this great narrative at Film Forum in New York, the crowd for it was blissful. It was anything but a group of people of youngsters; it was the sort of more seasoned people who, genuinely talking, haven’t been heading out to the motion pictures. Yet, they showed up for this one, and when I left toward the end, a lot of moderately aged to-more established watchers were arranged for the following show. Some of the time the viral force of film energy is about episodic evidence.The crowd I saw “The Automat” with was high on the sentimentality, all things considered, Be that as it may, it wasn’t only wistfulness. “The Automat” takes advantage of such countless full parts of what America used to be that to watch it is to be brought into a charming and insightfully significant time-stumbling dream. In all actuality, this is a film with an extremely New York subject – the famous Automat cafés that were claimed and worked by Horn and Hardart in precisely two urban areas, New York and Philadelphia. The Horn and Hardart domain went on for the greater part a century. Until the age of Mcdonald’s, the Automats took care of more individuals, consistently, than some other café network in America.

What was the Automat? The idea was just about as straightforward as a soft drink machine, as productive as a cafeteria, and as otherworldly as a nickelodeon. In an Automat, you confronted a mass of little glass entryways, and behind every one was a thing of food on a plate: ham sandwiches, chicken or meat pot pies, macaroni and cheddar, Salisbury steak, creamed spinach, prepared beans, shellfish chowder, apple and rhubarb pie. You popped a nickel into the space, opened the window and took out the plate, and presto… a tidbit or a dinner was yours! The espresso, which was likewise a nickel, came spilling out of a spigot with a copper head that resembled a figure of deformity dolphin (it was displayed on the models in Italian wellsprings), and toward the finish of each pour a connecting line would spray in an impeccably estimated spot of cream. Mel Brooks, who in the narrative leads a sort of Greek melody of big names who revered at the raised area of the Automat, guarantees that the espresso was the best he at any point tasted. (It was New Orleans dribble espresso, suffused with chicory, before anybody served that stuff.)

Never having encountered an Automat myself, and being the mindful cynic I am, the principal question I had was: Okay, sounds quite interesting and modest, yet how great, truly, was the food? Everyone in “The Automat” affirms that the food was scrumptious. This was all before the period of handled food (which was fundamentally spearheaded by the inexpensive food industry). The Automat dishes were cooked in a focal Horn and Hardart grocery store kitchen, which could produce 2,400 pies an hour utilizing new occasional fixings that Alice Waters would have endorsed.