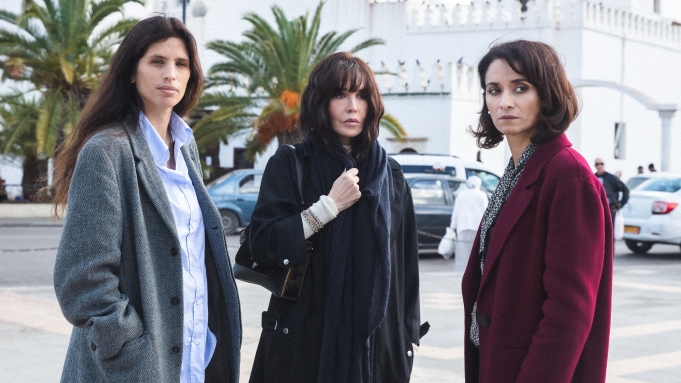 Regardless of immense contrasts in style, disposition and life needs, there is discernible closeness between Zorah, Nohra and Djamila, the focal French-Algerian kin of Yamina Benguigui’s ages spreading over yet sincerely and outwardly level familial film “Sisters.”

Played individually by the incredible Isabelle Adjani (who is mysteriously wooden here), Maïwenn and Rachida Brakni, three entertainers who are suitably of Algerian foundation or plummet, the triplet seek after their lives as contemporary, autonomous ladies in Paris, following their own voices in their picked fields. A mother and the most seasoned sister, Zorah is creative and bohemian, distinctive with her nonconformist from the serious Djamila, a vocal government official we frequently see protecting the freedoms of Muslims in France. Nohra, then again, is by all accounts the most boisterous persona of the pack, battling to clutch any work longer than half a month and experiencing a state of mind the film prods yet hides until the last venture.

“Sisters” rushes to recognize the underlying foundations of the kin’s interesting fortitude in an early scene where they squabble with their outsider mother, Leïla (Fettouma Bouamari). Through a progression of agonizingly unnatural and informative exchange lines — a repetitive inadequacy of the film that neutralizes a serious cast — we are informed that Leïla left an Algeria in emergency for France many years prior and got separated from her significant other so her little girls could be free, away from the harmful male centric construction that was devastating their childhood. Yet, those activities, as we before long discover, have cost Leïla’s new matriarchal request an extraordinary arrangement, with the young ladies’ dad stealing their sibling, Rheda, and concealing him in a then-recently decolonized Algeria where the laws favor men in such cases. However, the sisters have never surrendered the desire for finding Rheda one day, living with a painful injury that has been breaking their reality for quite a long time.

It’s with a peculiarly sudden drive that Zorah races to organize a play that portrays and cycles the abhorrences of their adolescence, a choice that causes a lot of disturbance inside her family. Benguigui blames the practices of this play so as to interpose indiscriminate flashbacks into the account, uncovering all the damaging occasions — from aggressive behavior at home to a nerve racking case of rape — that the ladies needed to suffer in the family’s previous, politically unsound country. A long way from the spirit squashing recesses Benguigui clearly needs them to be, these flashbacks have an unpolished, natively constructed feel, looking more like unprofessional reenactments than piercing recollections.