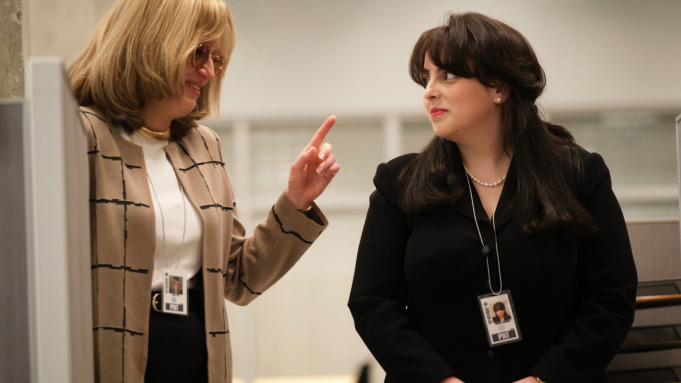 At the point when a story appears to be excessively exaggerated or insightful to be valid, we call it “more peculiar than fiction.” We wonder that “you were unable to prearrange” the sort of turns that make up our most stunning stories, or, in all likelihood that nobody would trust them for exemplifying each platitude they could. The insight then, at that point turns into that “truth can be stranger than fiction”: that the main genuine approach to accept an evidently mind boggling drama is to watch it unfurl with your own eyes and feel your distrust calcify into an arrangement. Then, at that point, possibly, the story that once appeared to be incomprehensible develops into something more layered and unmistakably genuine.

Such is the mission of “Indictment: American Crime Story,” which continues in the strides of the FX compilation series’ past portions (“The People v. O.J.” and “The Assassination of Gianni Versace”) by attempting to reproduce a public embarrassment by featuring its most human components. This section, directed by writer Sarah Burgess, trades sensational homicide for the political entanglement of Pres. Bill Clinton lying about his issue with Monica Lewinsky, jumping into the prurient way everything became visible and the loathsome private cabin dealings that utilized Monica as fuel for political flames. There’s a lot of rich material to mine here, and with the advantage of having Lewinsky locally available as a maker, “Indictment” endeavors to carry subtlety to a laden circumstance that very quickly turned into a global zinger. But, for as much exertion as “Reprimand” places into reproducing the ’90s and making everybody a carbon copy for their genuine partners, watching the show wants to go on an outing to the uncanny valley as opposed to the new past.

Going over the top with itself to be camp, however not truly enough to keep away from a portion of TV’s most clear snares, the series battles so difficult to shuffle each storyline it handles that the contents regularly power characters to be simply the most clear forms. Allowed the opportunity to depict individuals who keep on having outsized impact on governmental issues and the present reality, “Indictment” infrequently opposes the chance to help the crowd to remember that reality with lines so burdensome they should be said through winks pointed straightforwardly at the camera. (In one scene, for instance, one of Kenneth Starr’s specialists asks his partner for an assessment, to which a youthful Brett Kavanaugh answers, “I never prefer to take no for a reply, yet… “) a few entertainers uncover themselves from under the heaviness of heavy discourse, clear piece and, at times, very diverting prosthetics. Something else, “Arraignment” is a weary repeat that is more disconcerting than illuminating as it packs all that it can into its innately mind boggling story.

Early scenes of the 10-scene season jump around the nation and the show’s overall course of events to set up the stakes and rambling cast of characters. In one storyline, there’s disappointed government representative Linda Tripp (Sarah Paulson), whose assurance to be approached in a serious way drives her to get to know and deceive her young colleague Monica (Beanie Feldstein), whose forlornness bumps her into sharing her greatest mystery. There’s the White House,