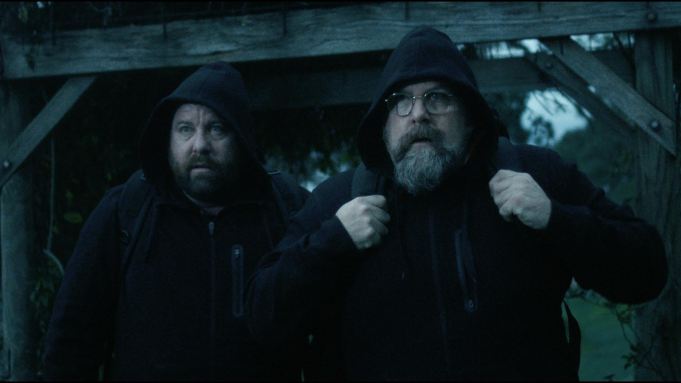 The ungracefully named Brothers’ Nest sees chief Clayton Jacobson follow up his pleasantly funny introduction include, 2006’s Kenny, with an Aussie turn on the sort of ridiculous joke we anticipate from Ben Wheatley or the Coens. Jacobson stars close by his sibling Shane (Kenny’s driving man), working off a content from Jaime Browne (The Mule, which debuted at SXSW in 2014) that is set on the whole on one separated nation property, and the movie producer figures out how to support a short-film premise — two siblings stake out a house in no place, with murder on their psyches — for a generally including 97 minutes. Family quibbling heightens as the two make absurd, web explored arrangements to knock off a relative and guarantee their legacy, before the entire thing definitely turns out badly. SXSW crowds should lap it up.

An inauspiciously barometrical opening highlighted by shuddering guitar harmonies from arranger Richard Pleasance sees the siblings cycling along a mist thick back road at day break. Terry (Shane) and his more established sibling Jeff (Clayton) cut across an enclosure, clear their path through a pre-owned vehicle burial ground and show up at a little house, which the camera pushes in on with plain premonition. They unfasten their dark hoodies to uncover orange jumpsuits and wear clinic shoes prior to intersection the threshold.Jeff reproves his sibling for leaving a cigarette butt lying around, and gives him a container to pee in so he doesn’t leave DNA on the latrine. This is the house they experienced childhood in, Terry calls attention to: Their DNA is all over. In any case, Jeff is a fanatic for the guidelines, in any event, attracting up a daily agenda on a clipboard (“synchronize watches/ring Mum”), and Terry is accustomed to being determined what to do. Browne’s content deftly fills in the history, and the interchange between the siblings is just daintily funny: pompous and ordinary yet not exactly sufficiently wide to cause the entire thing to feel like an overlong sketch.

The house is packed with a grouping of old radios that have been gathered and reestablished by the siblings’ stepfather, Rodger (Kim Gyngell), who was in every case more keen on dabbling than in his stepsons — or thereabouts Jeff says. Jeff faults Rodger for the self destruction of his dad, who balanced himself after the young men’s mom (Lynette Curran) left. Presently Mum’s blurring quickly from malignancy, and Rodger’s set to acquire the homestead. He’s expected at the house that day to brush and reshoe Freddie, the family pony, and Jeff plans to destroy him and make it look like self destruction.

The young men’s arrangements appear as practices just as vacuum cleaning: “In the event that we leave the cleaning till afterward we’re probably going to miss something,” clarifies Jeff. Everything appears to be superfluous to Terry, whose gormless articulation gazes back at him from a mass-delivered painting of two cows on the divider. Quite soon the siblings’ nerves start to shred, and the parlous condition of each man’s marriage and funds spills out of the dark. Loving affection just goes up until this point, and the harmful dad’s inheritance at long last overpowers it.Sarah Snook (Steve Jobs) makes a late appearance as a beyond anything rancher she expected when she drives up to stack Freddie onto a buoy. Her shock over the fire she discovers makes her discussion with an exhausted Terry, who simply needs his old pony to track down a decent home and peppers her with inquiries concerning its consideration, even more strange. The sound plan by Emma Bortignon has a comparative impact, with the tweeting of birds outside the house a distinctly conventional soundtrack to what exactly’s going on inside it.